Do we really need all that plastic in the garden?

In using the internet to learn how to garden I am constantly amazed at how many D.I.Y. videos depend on the use of plastics. Polytunnels made with pvc pipe and plastic sheeting. Drum composters made from fifty gallon plastic containers. Worm bins made from large plastic totes. After a while youtube begins to look like one big infomercial for the plastics industry.

Plastic is a very useful material. Easy to mold, and cut and drill holes in. But I can’t help but wonder how we got to the point where people feel it is no longer possible to grow stuff without having to drive to Home Depot or Walmart to buy a bunch of plastic containers?

I have no desire to add to the many diatribes out there cataloging the evils of petroleum based products. I simply think we’d be better off if we lived in a world where these products were not the first ones that people think of when planning a home garden project. With this in mind I have started refining my late night designs to eliminate – or at least cut back on the need for plastics.

One of the more intriguing ideas that I have come across lately is the “Worm Tower”. Usually this is depicted as a large diameter plastic tube with lots of holes drilled in it. You bury one end of the tube vertically in the garden and fill it with kitchen scraps and place a lid on it. Basically it is a worm bin that you place right in your garden bed. The idea is that worms will munch the garbage and produce worm compost which then feeds the garden.

I already have several worm bins going, and while the red wigglers I employ are stunningly good at producing the best soil amendment the world has ever seen, I still have to empty out the boxes, sift out the worms, transport the heavy worm poop to the garden and turn it into the soil.

As a 65 yearold gardener I am always looking for ways to cut out lifting stuff. Thus putting a worm bin directly into the garden bed seems like a no brainer. The only qualm I had with the designs I saw is that they required me to buy an expensive plastic pipe and drill a gajillion holes in it. Lots of work, not to mention a waste of a perfectly good pipe. 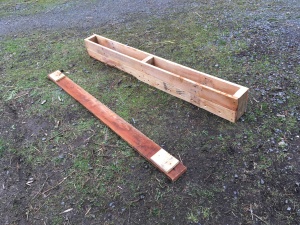 Then I had the idea of making a Worm Tower, not out of plastic, but out of wood. My local lumber yard has copious free pallets. It was simple to take one, cut it to fit my raised beds, put it in the garden and fill it with table scraps. 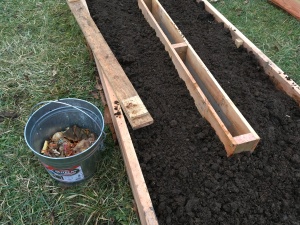 Lastly I added a simple cover to keep out rain and varmints. 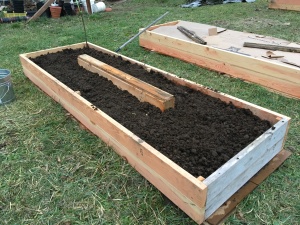 Don’t really know yet. The design looks like it might work. The box is shallow enough that any worms I put in the box should be happy, the dirt surrounding the box should insulate it against temperature extremes, and the holes in the side and lack of a bottom should allow the worms to come and go at will.

Unfortunately It’s January here now, so I’ll have to wait till it warms up to really find out if it works. But if it does, this summer my tomatoes should be living large.

Oooops, I forgot something. So intent was I to get the worm bin started that I forgot one important thing. Despite being in a raised bed, the worm bin was still quite low to the ground and thus accessible to digging varmints, a fact that was made painfully obvious when I came out and caught my garbage hound frantically digging her way to China in order to get the tasty garbage in the worm tower.

The upshot is a simple caveat: don’t place your worm tower – or any worm bin for that matter – where a canine nose and paws can find it. Lesson learned. 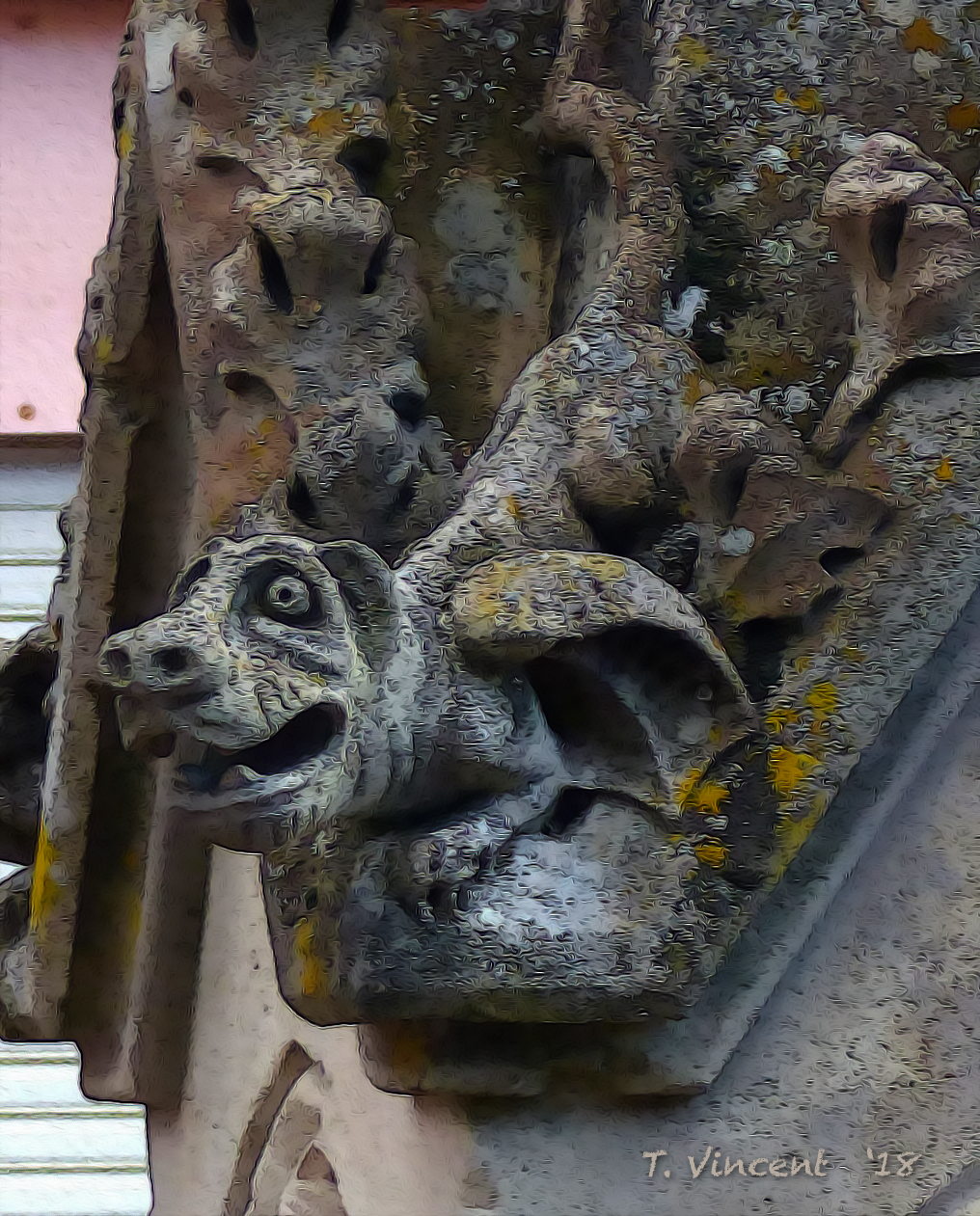